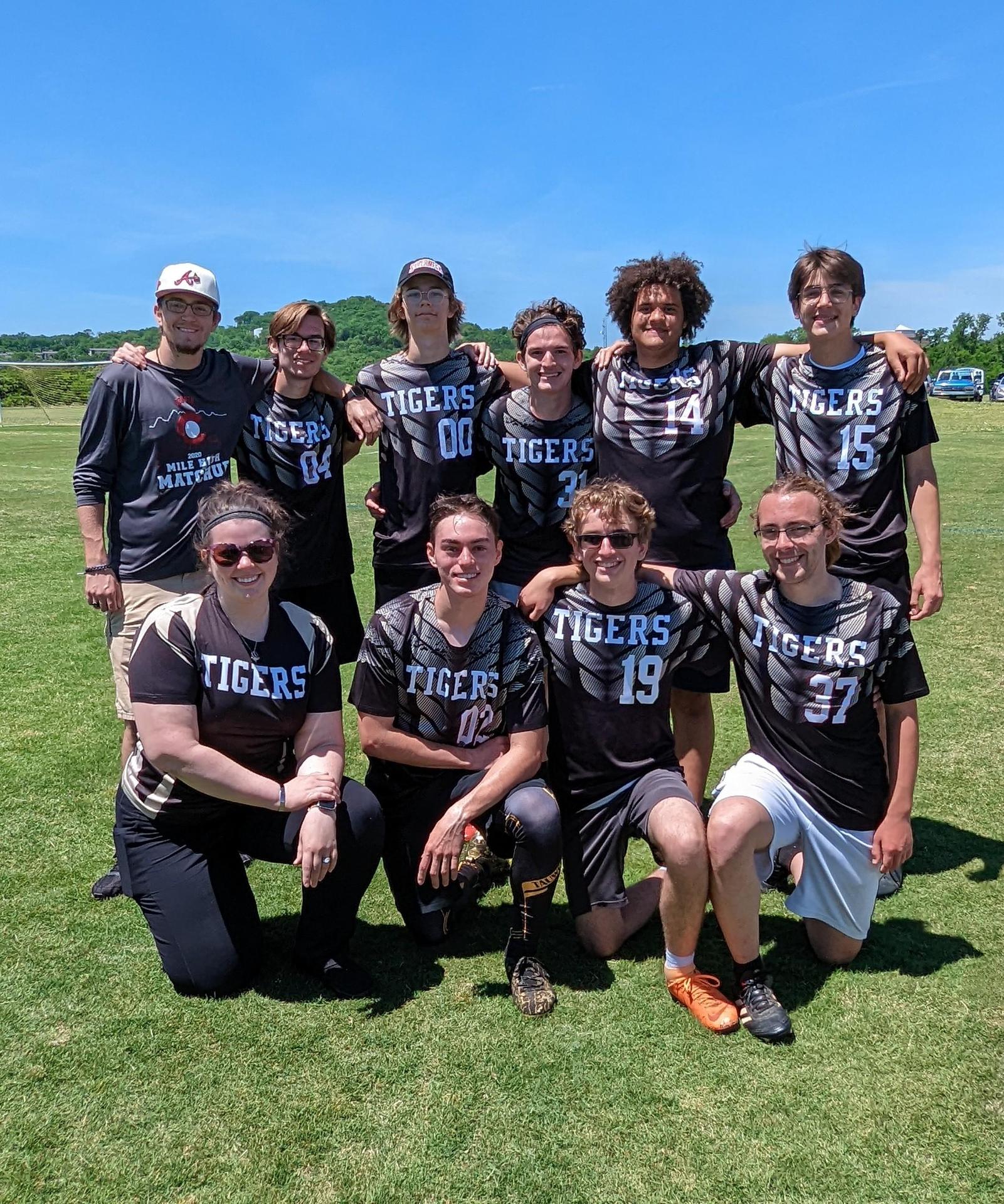 Central Tigers Ultimate Frisbee 2022 Team at State take 8th Place!!
Our Ultimate Frisbee team worked hard on May 7th and 8th, 2022 at the Nashville Ultimate State tournament. While most other teams have 15+ players, our small but powerful team played their hearts out to take home 8th place!
WHAT IS ULTIMATE FRISBEE? 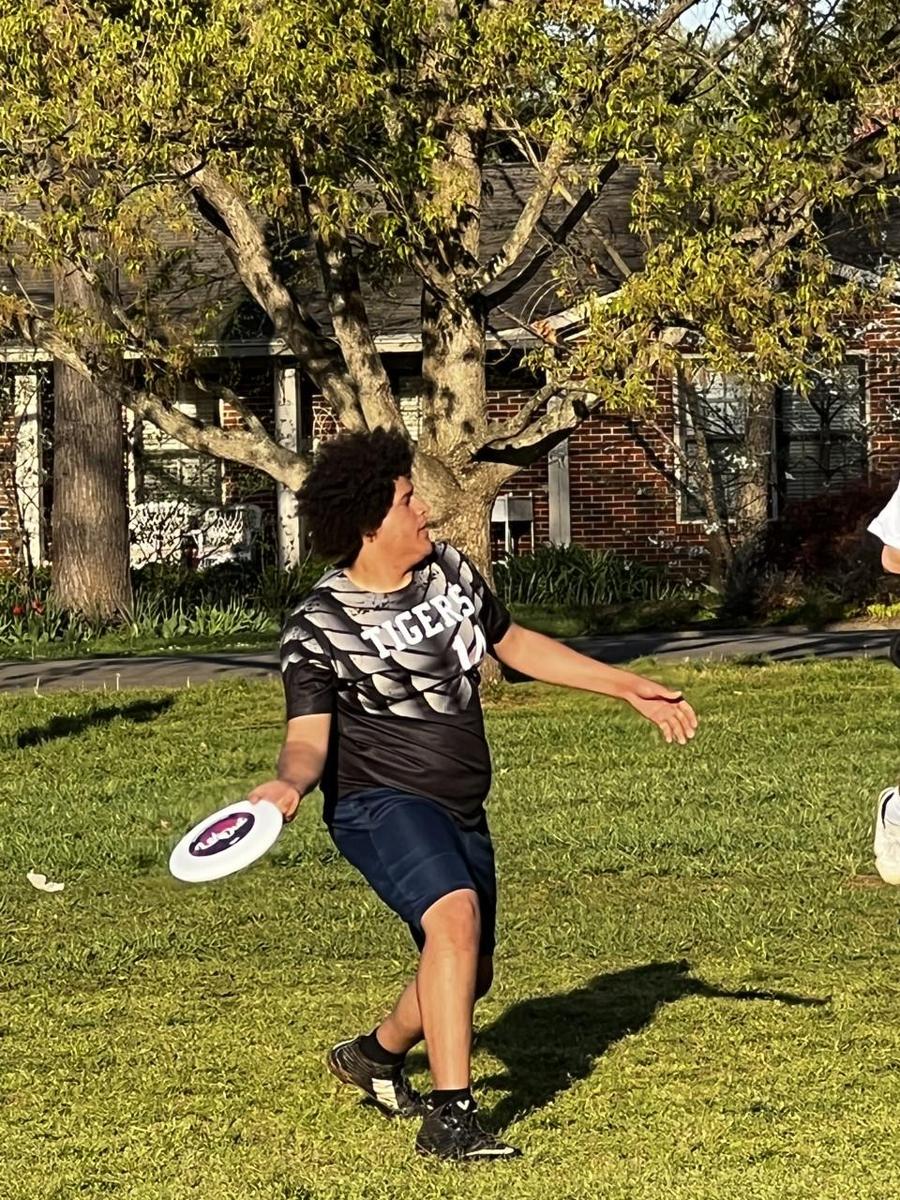 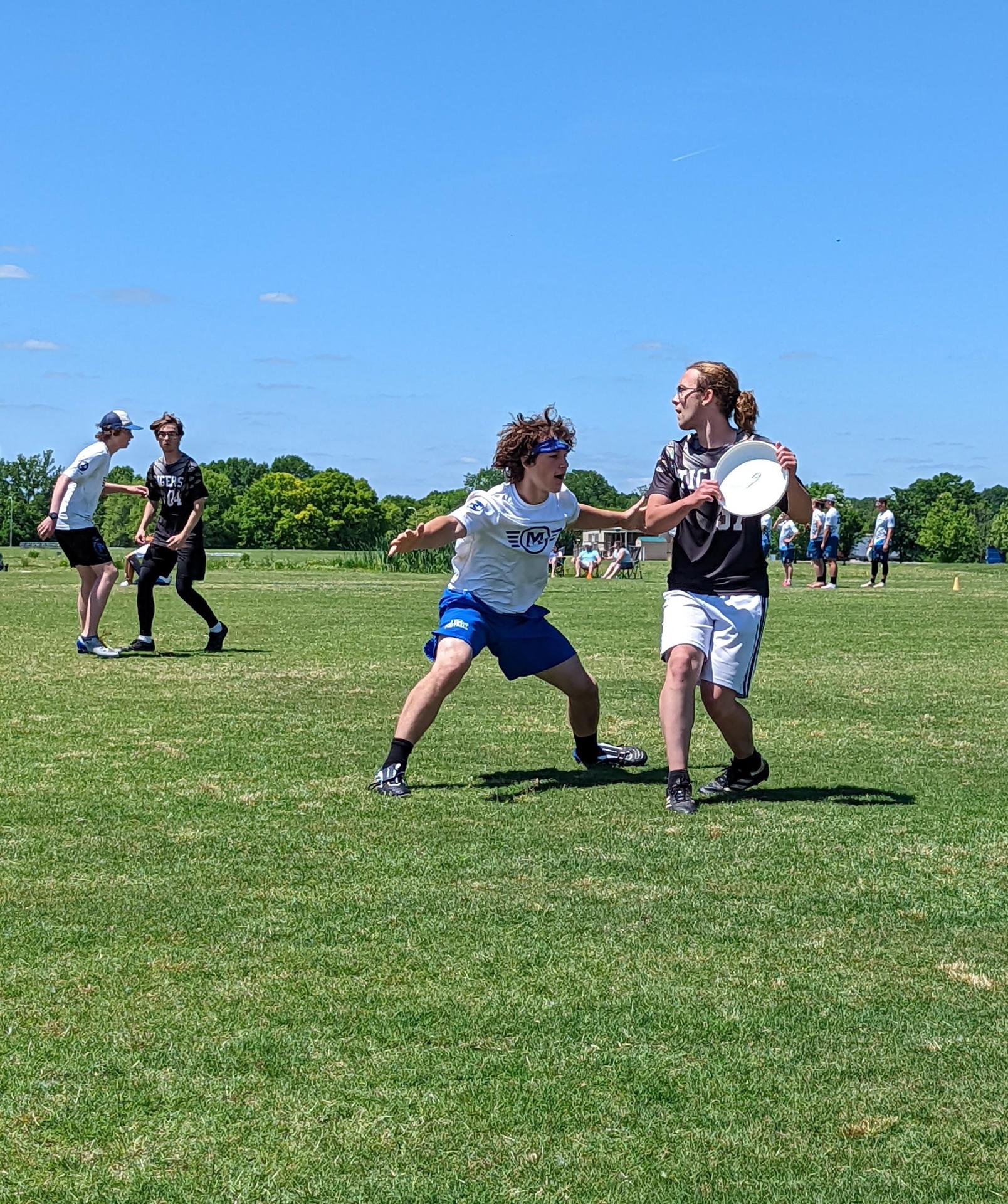 Ultimate is a non-contact, self-refereed team sport played with a flying disc frisbee.

The aim of the game-Two teams of seven players compete on a playing field about the same length as a football field, but narrower.  At each end of the playing field there is an end zone.  Each team defends one end zone. They score a goal if one of their players catches the disc in the opposite end zone. 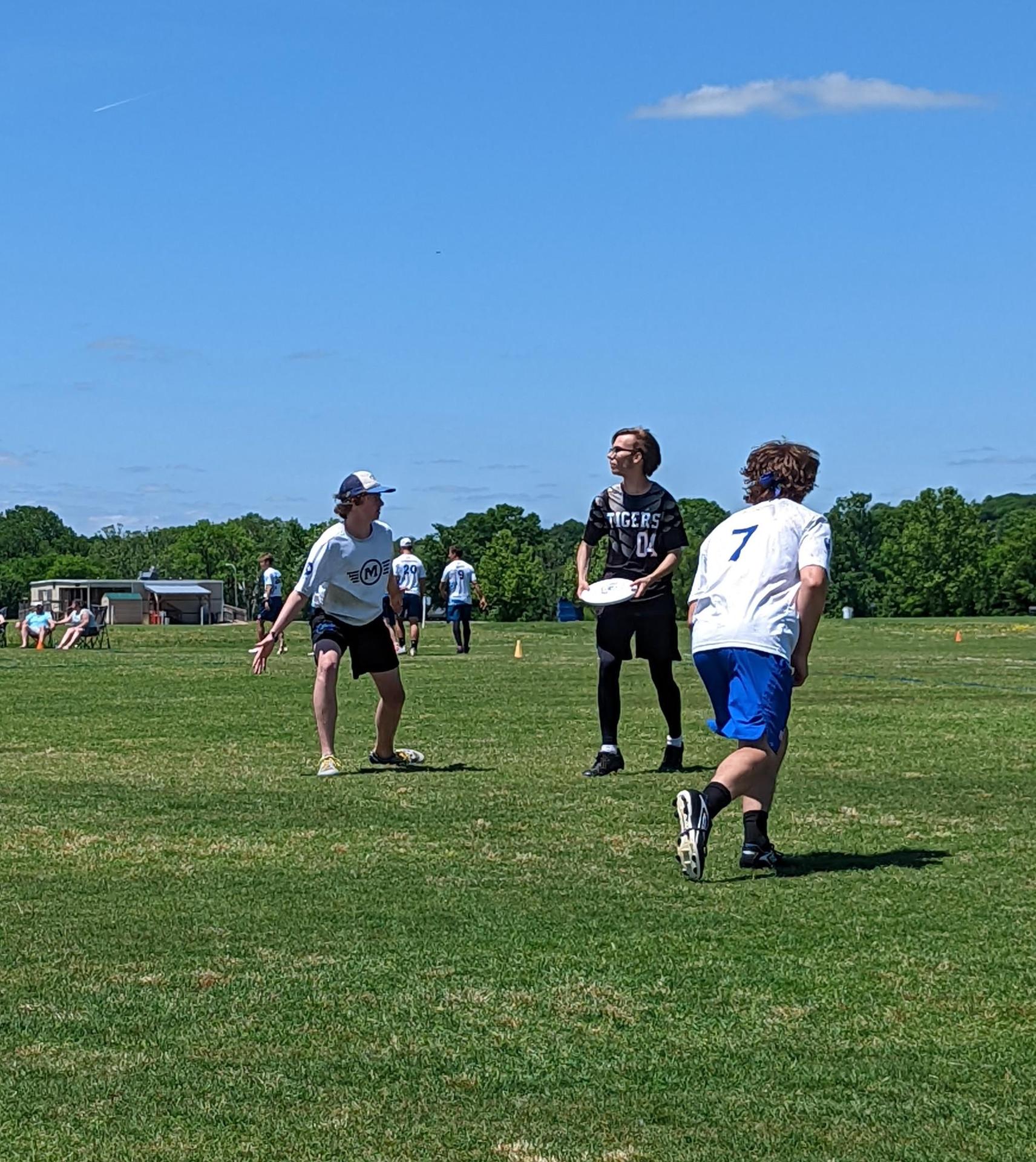 Spirit of the Game- Ultimate relies upon a Spirit of the Game that places the responsibility for fair play on every player. There are no referees; the players are solely responsible for following and enforcing the rules, even at World Championship. Competitive play is encouraged, but never at the expense of respect between players,

adherence to the rules, and the basic joy of play.

Check out the link above for more information!